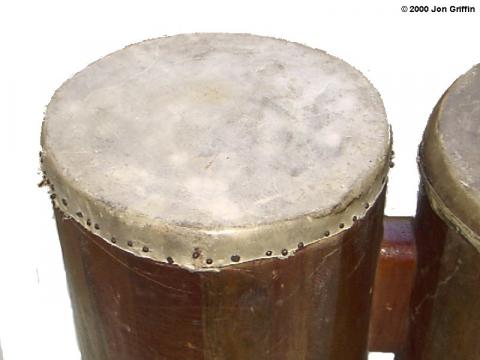 Changüi was born in Guantanamo Province, Cuba (specifically the Baracoa area) from the style called Nengon.

There are some conflicting answers you will receive when you ask the question, "What is Changüi"? The answer from an ethnomusicology point if view is simple, but like most academic answers, it leaves more questions and sometimes contradicts popular definitions.

So then when can we say that we are playing Changüi and not Nengon? The academic answer is that you are playing Changüi once the ensemble consists of these 4 musical instruments: Marimbula, Bongo, Tres, Güiro(or Guayo) and a singer(s). Also, note that Changüi has no son clave. Clave had not been invented yet. Instead, the guayo plays on the down beats.

A more realistic answer that most musicians would give is that Changüi is a style with both the Bongo and Tres playing very syncopated and the Guayo (or Güiro) playing on the down beats. As we saw above though, the fine dividing line is really the ensemble instrumentation.

Another problem is that someone from Guantanamo who plays "Cuban" music is often times considered a Changüicerro. A good example of this is Elio Reve, who does play Son with some Changüi elements, but this style of Cuban music is really Son Moderno.

In my book "El Tres Cubano", I show in detail examples of the tres parts in both Nengon and Changüi. I also have examples of both played in a modern context.

In this book, you will learn about the Cuban tres and how to play it correctly. This is an intermediate to advanced series, but even beginners can benefit.

We also use analytics & advertising services. To opt-out click for more information.